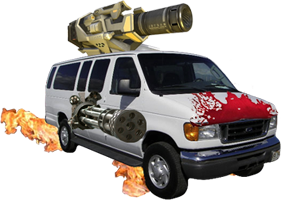 Oh yeah, we're a band. We should probably play shows or some crap.

The Funhouse at Mr. Smalls

The King of Clubs

Lineup: PSYCHOSTICK, SUMPP, To KIll A Monster, Only on Thursday, & Black Sasquatch

Lineup: Psychostick, Hemlock, Into the Void, & Chambered Round

The finest nerd convention of the year!

ALL AGES! Doors at 5pm, Tickets are $15 in advance

ALL AGES! Doors at 6pm, show at 7pm. Tickets are $18 in advance, $20 day of show. *Proof of Vaccination or Negative PCR Covid test within 72 hours required for entry*

ALL AGES! Doors at 6pm, show at 7pm. Tickets are $15 in advance! Must have proof of vaccine or negative test to enter the club.

There’s a slight possibility this could get rescheduled due to studio move, but we’ll see. OH NO DRAMA
23
Oct 2021

Lineup: Psychostick, Downtown Brown, The Pink 50's, & Into the Next

Holy crap, it's Alex's birthday show! Ages 18+ because he doesn't like kids very much. Tickets are $15 in advance or $20 day of show. Be theeeeere!

The ultimate video and board game convention!

This has been canceled for now. We'll still be doing stuff but we're not performing as a full band. Sorry! See this new post for more information.
23
Jul 2021

The Psychostick Show: Season 4 Episode 8: Butttrek: The Next Turderation
01
Jul 2021

Pre-season Hangout! Murph is going to make us rank lists of things like best to worst fast food joints. We will definitely agree on everything...
21
Jan 2021

Pre-season Hangout! We'll be talking about the many weird influences that helped mold us into whatever this Psychostick thing is.
14
Jan 2021

Pre-season Hangout! We'll be talking about the actual good things from 2020, like cool albums and awesome (bad) movies.
31
Dec 2020

Come hang out with us for our "Cabin Fever Concerts" series EVERY THURSDAY!
09
Jul 2020

Come hang out with us for our "Cabin Fever Concerts" series EVERY THURSDAY!

Upset that you're not seeing a show near you? Here's why.